Unity is essential for saving an institution, culture, or nation. Unity plays a crucial role in each and every step of our life. Unity is strength and division is understood as weakness in society. Unity helps in growing and learning new skills in a team. 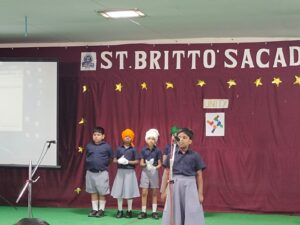 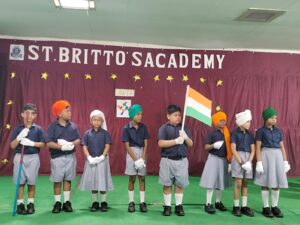 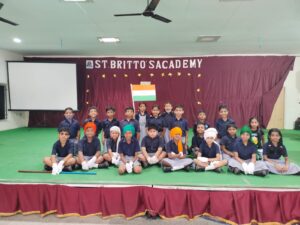 The judicious student of IV C presented an informative general assembly on UNITY.

The assembly commenced with the prayer song followed by the Bible reading along with the thought for the day and thirukural.

Students of IV C had filled the youngster’s minds with the importance of unity. Students performed actively and performed an informative mime on unity. Concept of being united as one nation was clearly portrayed in the morning assembly.

CT- The assembly ignited the mind of the student and helped to understand the concept of unity.

Therefore, even if there are differences among us then we should try to understand the differences and live in peace with each other. The importance of unity is a very important message and parents should pass this message to their children.

This website uses cookies to improve your experience while you navigate through the website. Out of these, the cookies that are categorized as necessary are stored on your browser as they are essential for the working of basic functionalities of the website. We also use third-party cookies that help us analyze and understand how you use this website. These cookies will be stored in your browser only with your consent. You also have the option to opt-out of these cookies. But opting out of some of these cookies may affect your browsing experience.
Necessary Always Enabled
Necessary cookies are absolutely essential for the website to function properly. This category only includes cookies that ensures basic functionalities and security features of the website. These cookies do not store any personal information.
Non-necessary
Any cookies that may not be particularly necessary for the website to function and is used specifically to collect user personal data via analytics, ads, other embedded contents are termed as non-necessary cookies. It is mandatory to procure user consent prior to running these cookies on your website.
SAVE & ACCEPT
Open chat
Hello, How can we help you?
Online Admissions Open 2023-24